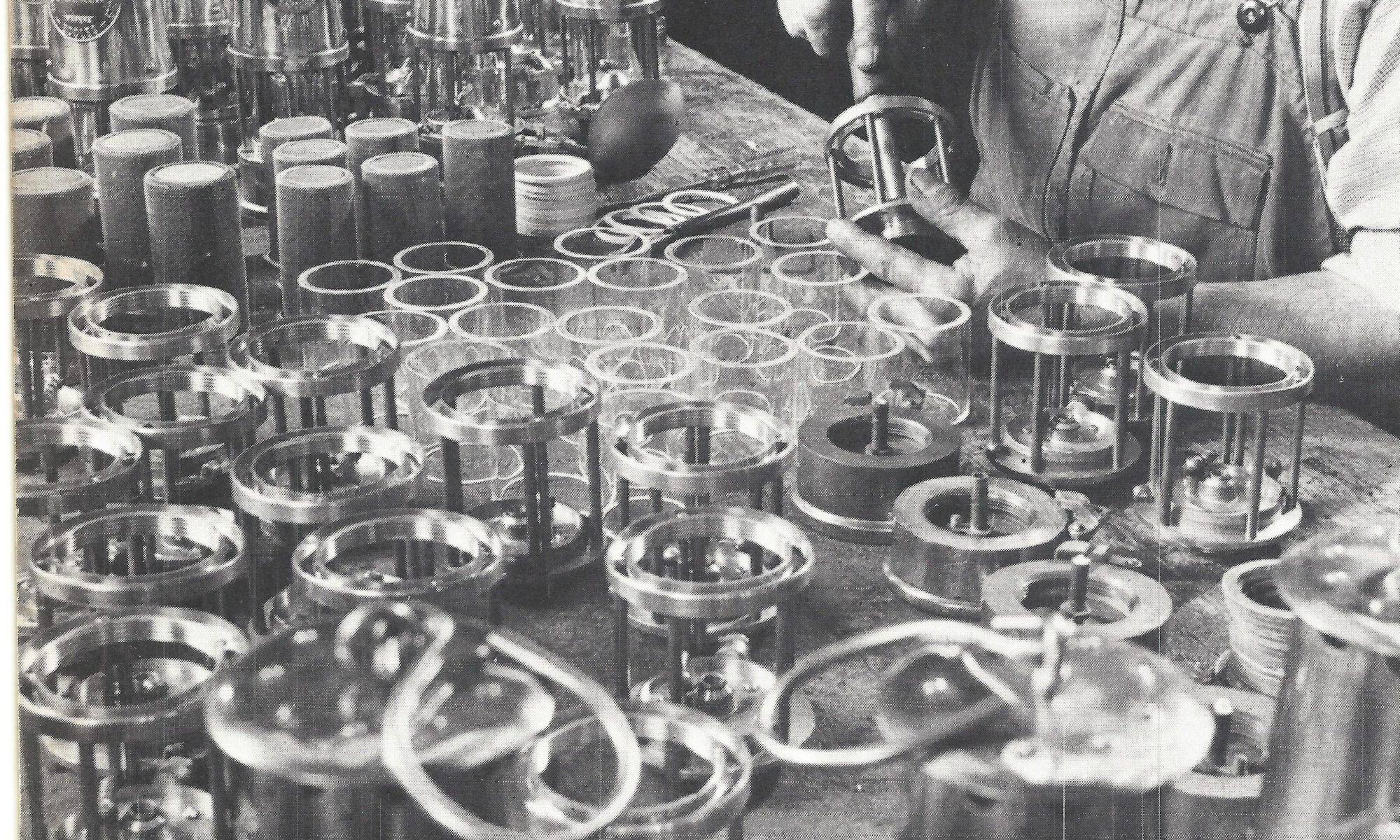 The Protector Lamp Co. when formed took it’s name from the type of safety lamp that it was going to manufacture. A ‘Protector’ lamp is one in which the flame would be automatically extinguished if an attempt were made to take it apart whilst still lit. This is a very desirable feature in a miners lamp since the presence of naked flames in coal mines is potentially very dangerous, as explosive mixtures of firedamp (methane) and air are often found.

Thus, from the middle of the nineteenth century there have been numerous
patents on various ways of achieving self-extinguishing lamps.
The Protector Lamp & Lighting Co. Ltd was founded in 1873 and took over the
patents and business rights of W.E. Teale, an oil and lamp manufacturer who himself became the works manager of the newly formed company. Teale had already patented (UK 3289/1869) a ‘protector’ type lamp. Shortly after the company was formed Teale patented an improved type ‘protector’ lamp (UK 2914/1874) which was made on a large scale in the early days and is shown in the 1914 Protector catalogue as ‘the old type Protector lamp.

Various manufacturers subsequently made lamps featuring this type of
extinguisher well into the middle of the 20th century. The disadvantage of this type was that they had to be hand lit before assembly which presumably led to the development of the internal low voltage lighter used on later lamps.
Whilst Teale was manager, the company also produced illegally, Howat’s
deflector lamps (fig. 3) which had been patented in 1886 (UK 1709). A subsequent court action led to a royalty being paid to Howat and to his appointment for a short period, as works manager, during which time more of his lamps were produced. Simultaneously the company also produced ‘Thomas’ lamps under licence. Towards the end of 1889 Teale,
who by this time was on the board of the company, was removed from the offices of director and Managing Director. Also at the end of 1889 Joseph Prestwich was engaged as Traveller but within a year was appointed as development engineer to the company. It would appear that he had
been engaged in development work prior to his appointment since a patent (UK 18226) dated November 1890 was granted bearing his name. This patent described the protector system as used in successful later lamps.
The appointment of J Prestwich as development engineer (and shortly afterwards director) heralded a new era in Protector history.

Since Frank’s paper was written the last working coal mine in the UK, Kellingley or Big K as it was affectionately known, closed at the end of 2015.

Until then Protector continued to supply lamps and spares to the operational pits including Daw Mill, Thoresby, Hatfield and Harworth amongst others.