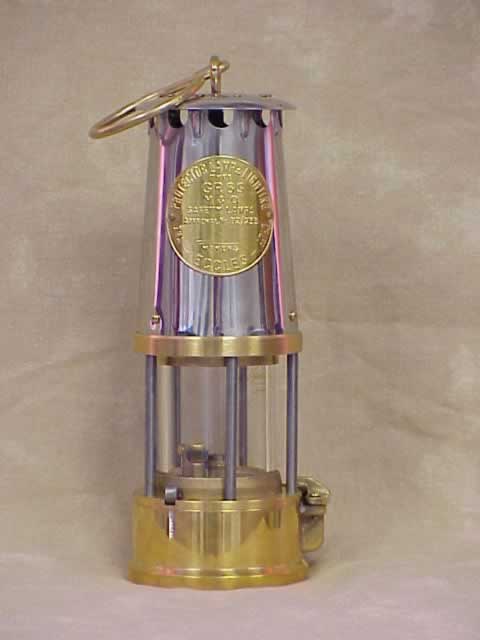 Mining lamps are the recognised means of methane or firedamp detection in the coal mines of England and Australia and many other areas of the world. They are used by miners everyday the world over. The miners lamps weigh in at 3 3/4lbs and stand 10″ high. Each lamp is issued with full instructions on use and maintenance.

The GR6S is a development of the Type 6 mining lamp developed from the Davy Lamp. It was tested and approved for use in mines in the 1960’s.The first  prototypes of which two still exist, were made in 1964.

A Government scientist named Garforth invented a more accurate system of gas sampling where by gas was injected directly on to the flame. This was incorporated into the Type 6 design, and was also made available in other lamps.

The GR6 went in to main steam use in the late 1960’s and gradually replaced the Type 6. Following issues with the brass wick tube corroding a stainless steel tube was introduced and the lamp became the GR6S. It is still used by Deputies today to test for firedamp.